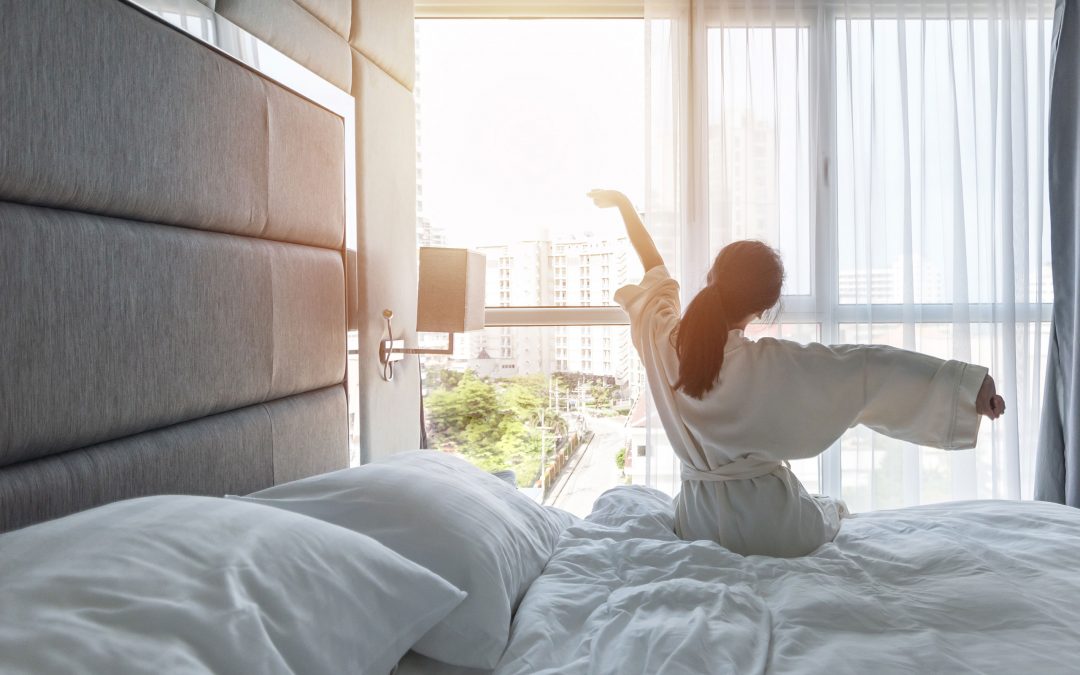 Have you gotten a good night’s sleep recently? Or do you have trouble sleeping and have accrued sleep debt, like more than 1 in 3 Americans?

Why is good sleep important at all?

Physical Health
When you sleep, your body has time to repair itself. Your body takes care of several essential processes while you rest: Muscle repair, protein synthesis, tissue growth, hormone release, and flushing the lymphatic system. With a stronger, healthier body, your immune system can fight off infection and disease, and you won’t be sick as often.

Healthy Weight
Who hasn’t skipped the gym because they were too tired? Or bought a sugary latte to stay awake? There are several ties between sleep and your body’s metabolism, such as feelings of hunger and appetite. When you’re tired, the hormones that regulate appetite and hunger are out of balance.

On a good night of sleep, your body has more leptin, which suppresses appetite and encourages your body to expend energy. However, a lack of sleep means your body will have more ghrelin, a hormone that triggers appetite. You’re more likely to feel hungry when you’re already fed, which could lead to midnight snacking. When you’re tired, you might also seek out sugary, caffeinated drinks to feel more awake. While the occasional latte or skipped leg day isn’t necessarily destructive, chronic fatigue can lead to weight gain, diabetes, or heart disease.

Safety
Getting quality sleep means being able to function throughout the day. You’re more likely to lose focus, react slowly, and make mistakes if you’re low on rest. It can also lead to microsleep, a brief period of sleep when you’d usually be awake. What if you experience microsleep while you’re on the road? Sleepy drivers are just as, if not more dangerous on the road as drunk drivers.

Some of the most significant accidents in recent history have been attributed to fatigue, such as the 2009 crash of Colgan Air Flight 3407, the Space Shuttle Challenger disaster in 1986, and the Chernobyl disaster in 1986.

Memory
When the body is asleep, the brain is hard at work forming and strengthening neural pathways. While you are awake, you’re constantly acquiring new memories. The brain consolidates the new memories during sleep, so they become stable for later recall, particularly long-term memory. This is key for several processes to function correctly, including learning, problem-solving, and reaction.

Mental Health
Have you ever had an argument and decided to wait until the next day to address it? Good quality sleep is very refreshing for a tired brain, and it’s likely you wake up without the intense emotions of the day before. Unfortunately, sleep and mental health are so intertwined that it’s hard to delineate which problem causes the other. A steady lack of sleep, or insomnia, only adds to the stress you’re feeling in life, whether you’re dealing with family and finances or divorce and death. In some people, insomnia can lead to new issues with mental health. In others, insomnia is the symptom of an existing disorder. In general, we know that high stress can lead to awful sleep, and awful sleep can worsen mental health disorders. Insomnia is the most common sleep problem associated with poor mental health. Sleep can significantly improve once the root cause is addressed, whether for a physical or psychiatric condition.

Who is at risk for sleep deficiency? Anybody who works long hours or more than one job, shift workers and first responders working during the night, and kids and teens with early school schedules are especially likely to miss out on sleep.

Additionally, people with medical conditions, people who are taking prescribed medicine that interfere with sleep, those who abuse alcohol or drugs, and those who have untreated problems such as stress or anxiety are also at risk of insomnia.