The NeuLine Clinic is on a Mission

With state-of-the-art services such as in-office lab and EEG testing, primary care, cosmetic procedures, and hormone therapies, The NeuLine Clinic is the source for your family’s health and well-being.

We’ve housed a plethora of care under one roof because we believe that healthcare should not only be compassionate, but convenient. We offer access to a full range of diagnostics and solutions guided by our premier physicians and nurses.

From age 5 to 95, The NeuLine Clinic is at your side every step of your healthcare journey.

The NeuLine Clinic
is on a Mission

With state-of-the-art services such as in-office lab and EEG testing, primary care, cosmetic procedures, and hormone therapies, The NeuLine Clinic is the source for your family’s health and well-being.

We’ve housed a plethora of care under one roof because we believe that healthcare should not only be compassionate, but convenient. We offer access to a full range of diagnostics and solutions guided by our premier physicians and nurses.

From age 5 to 95, The NeuLine Clinic is at your side every step of your healthcare journey. 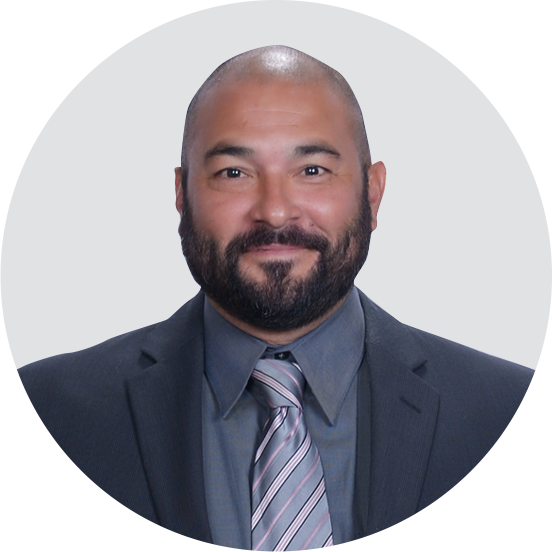 Lucio R. Gonzales, Jr., M.S.P.A.S., P.A.-C., was born in McKinney and raised locally in his hometown of Prosper, Texas. He earned a bachelor’s degree in biology/psychology from Stephen F. Austin State University in 1999. From 1999 to 2001 he continued working towards his master’s degree in Anatomy/Physiology and Neurobiology at the University of North Texas. In 2001, he was accepted to the University of Texas Medical Branch (UTMB) at Galveston, where he served as the physician assistant president of UTMB and obtained his degree as a physician assistant. During that time, he helped with the Magnolia House Project for children in need of educational assistance and was a volunteer at St. Vincent’s House, a community clinic for indigent patients. He was an active volunteer for Ronald McDonald House for burn victims and the Red Cross Disaster Relief fund for 9-11. Because of his hard work, he was the recipient of the distinguished John G. Bruhn Professionalism award, UTMB’s highest honor.

Upon his return home, he became the Chief Medical Officer and Clinical Director of Tapestry Healthcare in 2004, Collin County’s first full-time indigent clinic for both adults and children. In 2006, he took over as the Medical Director of Preventive Health for McKinney Family Medicine. Wanting to pursue true prevention for his patients, Lucio opened FamilyWise Healthcare in 2009 and began to run advanced lipid and genetic testing for patients at risk for heart attack, stroke, and diabetes and continues to do so today. He has been the Director of Primary Prevention for Relevance Total Health, started his own practice as the CEO/Director of Primary Prevention for 4 The Health of It, and has now merged with The Neuline Clinic in the same role.

Lucio has 18 years of experience in family medicine and the last 15 years have been in a preventive, primary care environment. Trained in the Bale/Doneen Method, his expertise is in the prevention and treatment of heart attacks, strokes, and diabetes as well as early identification of autoimmune disorders, vitamin deficiencies, hormonal dysfunction, and potential environmental/food allergies. Lucio has also completed clinical research and published “Clinical Management of Type II Diabetes by Physicians/PAs vs the ADA guidelines”.

Lucio has been an active part of the community and enjoys interacting with the public. He has been a provider for MISD conducting school physicals. He also played an active part in converting Walmart into a shelter for the victims of hurricane Katrina and Rita. Lucio and his team received a Proclamation from Texas State Senator for their work during Hurricane Harvey in Friendswood. He has been an active participant in Kids Day America, Finch Health fair, and has been a volunteer for Hope’s Door. Lucio remains an active liaison for the UTMB alumni association and mentors medical students, nursing students, pa/np students for various colleges and medical schools. He was voted by the Chamber of Commerce and Hispanic Chamber of Commerce of McKinney as a Top Business Professional.

Lucio is a head coach and director of the Girls Program for Steel United Sports. He won Coach of the Year for Texas and considers himself a sports fanatic. He enjoys spending time with his fiancée Audra, son Noah, and daughter Ava, and coaching their club soccer teams. His top bucket list items include shark diving with great whites off Guadalupe Island, and vacationing with Audra in the Turks and Caicos. 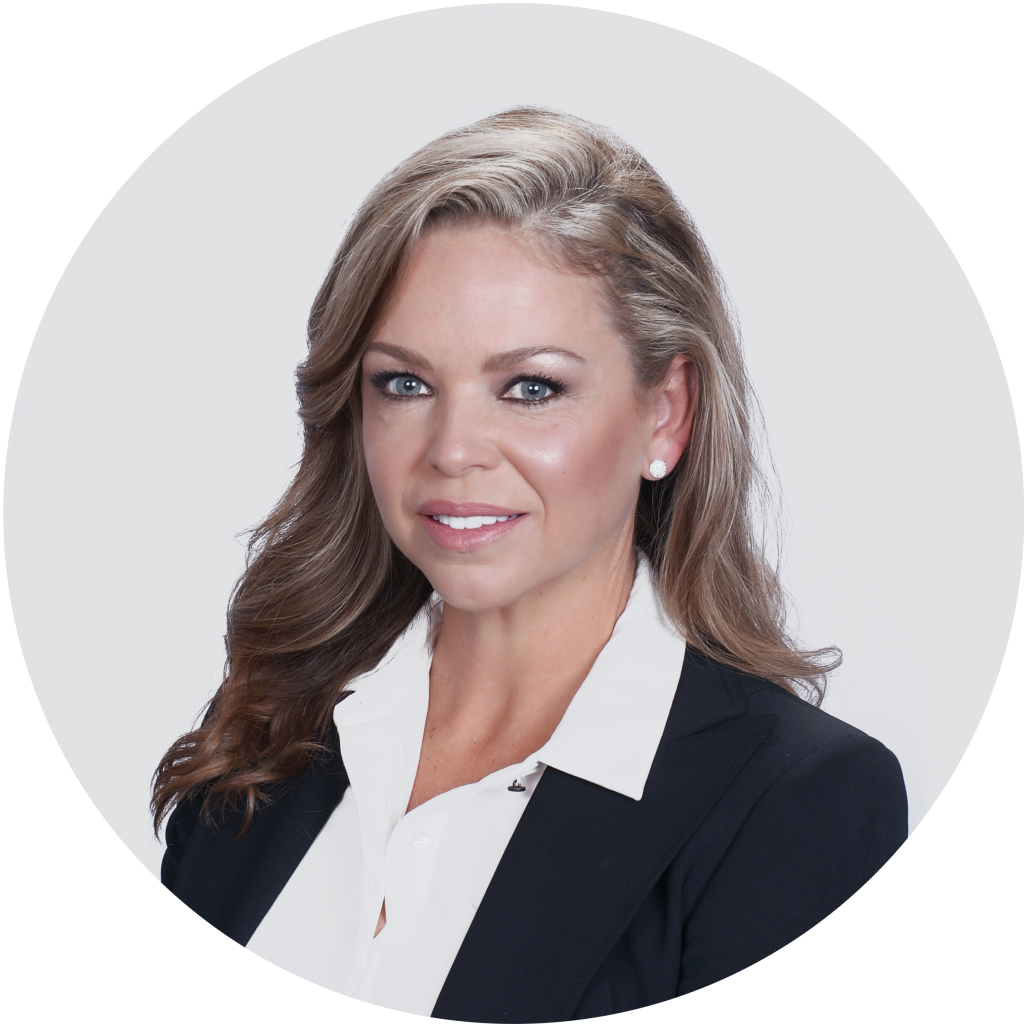 Melony A. Chilcoat, APRN, FNP-BC is a Family Nurse Practitioner, Board Certified by The American Academy of Nurse Practitioners. She earned her Master of Science in Nursing degree from the University of Texas at Arlington in 2019, after nearly a decade in Emergency and Trauma Nursing. In her role as Nurse Practitioner, Melony has been practicing Family and Preventative Medicine over the last 2 years, with a contracted sub-specialty in Sleep Medicine. More recently, she has discovered a passion for Dermatologics and Medical Aesthetics, and is concurrently certified in cosmetic injectables, to include Cosmetic Neuromodulators and Dermal Fillers (ie., Botox and Juvederm). Melony is a true believer in taking a proactive and holistic approach when it comes to health and overall wellness.

Melony is a wife and busy mother of two school-aged daughters. In her spare time, she enjoys traveling, being outdoors as much as possible and spending time with family and friends. 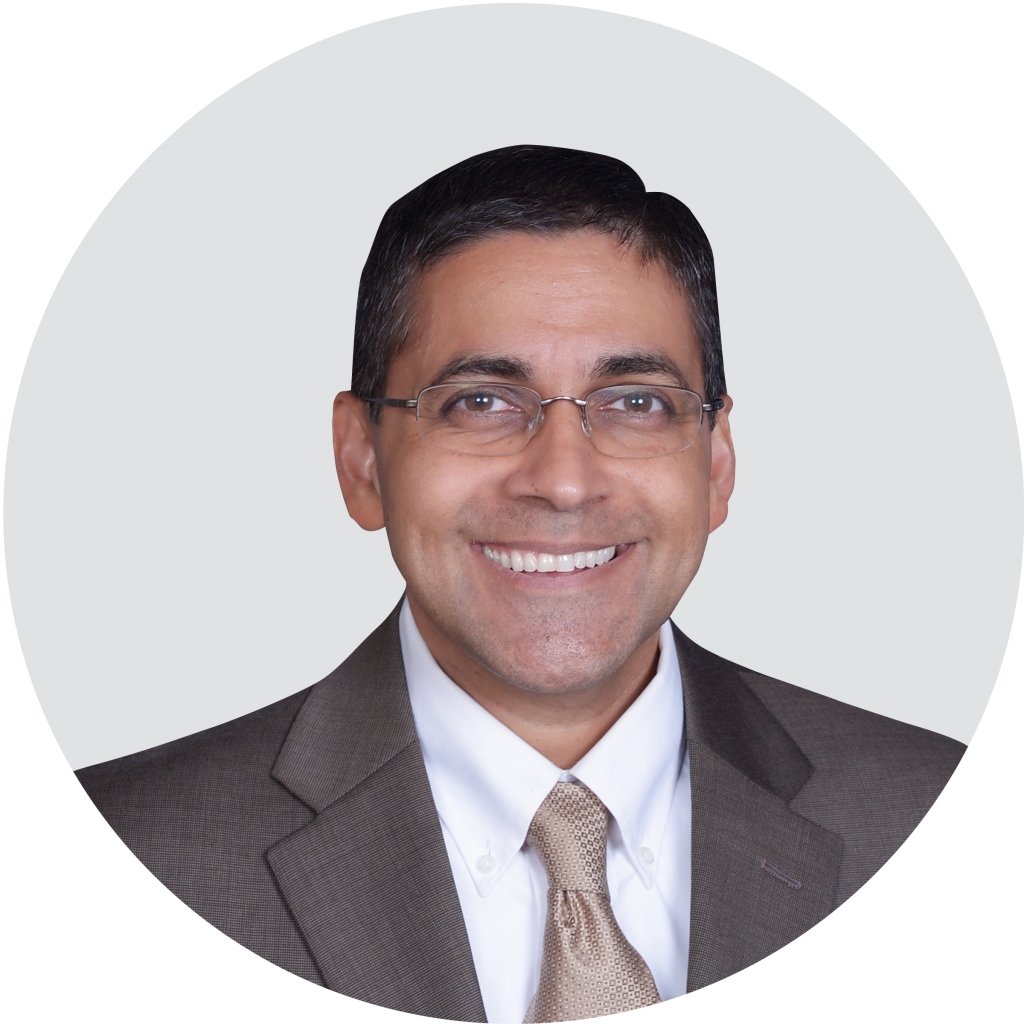 Dr. Sohail Saeed is a family physician in McKinney, Texas. He is board certified by the American Board of Family Medicine. He received his medical degree from the University of North Texas Health Science Center in Fort Worth in 2004. He also received a Masters in Business Administration from the University of Massachusetts – Amherst. He has been practicing for over 10 years with experiences in primary care, urgent care, and telemedicine. He enjoys the practice of family medicine as he is able to help people of all ages, backgrounds, and with a wide variety of health concerns. 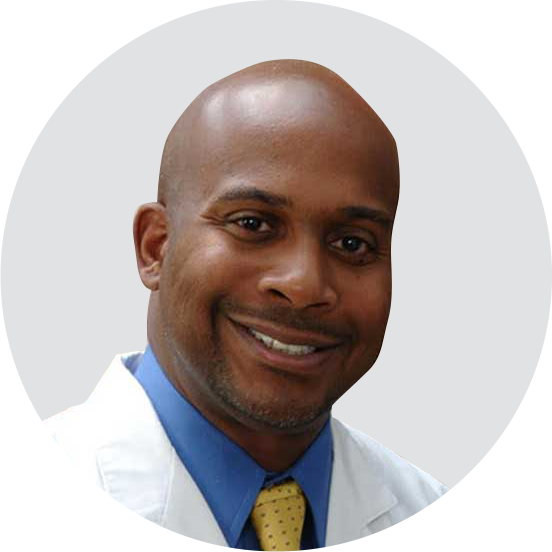 James L. Carlisle, MD is a graduate of Morehouse college in Atlanta, GA, where he received his bachelor of science in biology. Afterwards, he attended Meharry Medical College in Nashville, TN where he received the prestigious Leonard Tow Humanism in Medicine Award for demonstrating consistent compassion with a high acumen for medical knowledge. After graduating from medical school, James L. Carlisle, MD spent one year at Vanderbilt University in the Medical Scholars Program conducting research on Sarcoidosis, resulting in multiple publications. Ultimately, his training led him to the University of Texas Southwestern Medical Center at Dallas, where he completed a residency program in Physical Medicine and Rehabilitation.

Committed to helping families in the DFW Metroplex experience their optimal health and vitality, James L. Carlisle, MD is actively involved in community outreach through multiple civic organizations. He uses his knowledge of rehabilitation medicine, pain management, and sports medicine to educate and encourage improved wellness.

James L. Carlisle, MD strives to be an advocate for all who aspire to improve their quality of life through the multidisciplinary medical model—a model that focuses on preventative medicine and lifestyle enhancement, physical medicine and rehabilitation, as well as pain management. He has never forgotten that the central factor in any medical practice is the care of the patient.

James L. Carlisle, MD currently lives in the DFW metroplex with his wife, Chrystal, and his daughters Cassidy and Carys. He enjoys reading, athletics, travel, and spending time with his family. 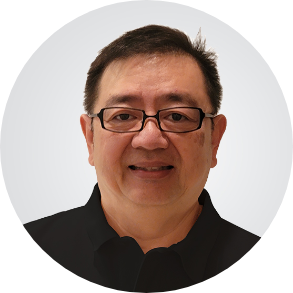 Dr. Simon Tan is a neurologist in Southlake, Texas and Board certified in Neurology by the American Board of Psychiatry and Neurology. He received his medical degree from The University of Santo Tomas in the Philippines and has been in practice for over 15 years. He feels very blessed to be able to do work that he truly enjoys every day. He believes neurology is the best career in the world. He loves having the opportunity to meet and get to know people of all ages and backgrounds and having the opportunity to provide a wonderful service to his patients that, in some cases, can be life changing.